Without a doubt, Spain on a Fork is my favourite Spanish recipe channel. There isn’t a day that goes by that I don’t watch. Spain on a Fork is presented by Albert Bevia, born in Valencia, raised in California but now, living back in Spain.

What I like about this Spanish food channel is its simplicity. The produce used is what I can get myself from Spanish supermarkets, such as Mercadona, Dia and so on. Also, the recipes are inexpensive.

On this blog for Nerja Beach Holidays, you will find that I will be posting my efforts at the recipes Albert posts on Youtube and his blog. I would also recommend watching his channel and reading his blog to familiarise yourself with everyday Spanish cuisine.

Andalucia has a varied cuisine that has many influences and ranges from 5-star dishes to basic peasant staples. From Cochinillo (Suckling Pig) to Sesos (Pig’s Brains), from Rabo de Toro (Oxtail Stew) to Criadillas (Bull’s Testicles).

You will also find videos and posts for some of the most famous and simple tapas recipes.

I used cod pieces that I bought frozen from Mercadona Supermarket in Archidona, close to where I live. I defrosted the fish in the fridge overnight. Then, resting at room temperature, I made sure that the fish was patted dry with kitchen towel (stops spitting oil and makes a crust on the fish).

Coat the Bacalao (Cod) in plain flour and pat the excess flour off and rest on a piece of kitchen paper.

In a frying pan, add sufficient olive oil to cover the base and turn the heat to high. Once the oil is very hot, lower the fish into the pan, skin side down. Fry for about 3 minutes or, until you get a nice crust on the skin. Turn the fish over and do the same.

For this sauce, I used 1 whole diced onion, 3 cloves of garlic minced using a rallador (grater), half of a red bell pepper, a choppd tomatoe, four small Piquillo Peppers (they come prepared in a jar) and a teaspoon of  Spanish Sweet Paprika. (recipe on Alberts website)

In a seperate frying pan add olive oil and bring to a medium heat. Add onions and garlic and fry for a few minutes until the onion softens. Add the red bell pepper, piquillo peppers and chopped tomatoe and fry until softened. Turn off the heat and let the mixture cool down.

Once cooled, put into a bowl or other container and blitz with a hand-blender until you get a smooth sauce. Salt and pepper to taste. Return to the pan and reheat.

By this time, your fish will be ready to serve

Pour some of the pepper sauce onto the plate and cover the base with an even layer. Add the cod and an optional garnish. You are ready to enjoy one of the best fish dishes of Spain.

In my version, I have added a few prawns as a nod to a local dish which features prawns as well as Angulas (Baby Eels)

Please visit the Spain on a Fork Youtube site for more great dishes from Albert. 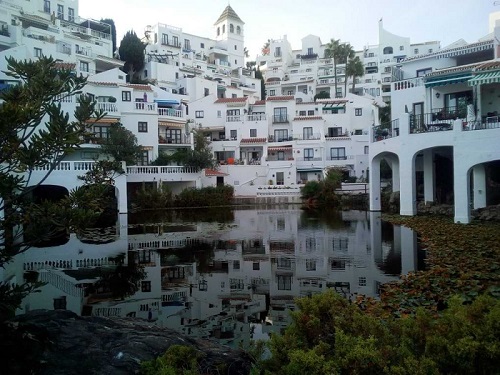 A Fantastic offer of a 15% discount on a Nerja Holiday Apartment; This offer runs for the whole of November 2022

Everyone is counting the pennies at the moment. That includes people looking to get away on a well-earned holiday to Nerja. There is some excellent news for the people at Nerja Beach Holidays. They have a fantastic offer of a 15% discount on a one-bedroom holiday apartment in Nerja.

Situated on the sought-after Capistrano Playa complex, this elegant one-bedroom apartment overlooks the Mediterranean Sea and the complex.

As you enter the property you will find the living room set with a TV, sofa and an armchair. There is international TV in this property and free WiFi is provided. There is air conditioning and a ceiling fan. The living room leads to an open-plan kitchen with a dining area. The kitchen is equipped with a fridge freezer, hob, oven, microwave, coffee machine and all the usual appliances needed for your self-catering holiday.

​The apartment has one bedroom with two single beds. It also has a vanity, clothing space and air conditioning. The bedroom leads onto the terrace. ​

The bathroom is just next to the bedroom and has a shower, a washbasin, a toilet and a washing machine.

The terrace is furnished with a seating area, a barbecue, a ceiling fan and an awning.

The Capistrano Playa complex does have a lift / elevator but due to the location of this apartment it is not suitable for those with walking disabilities or those using wheelchairs as access to the property is via stairs. Access to the apartment is via a spiral staircase.

The complex has 2 communal swimming pools (one for adults and one for children) with grass and shaded areas and also a drinks café (open in the summer months).

There are more details and photographs of this great discounted apartment. Capistrano Playa 108

Don’t hang about though: book now! and bag yourself a great bargain holiday on the Costa del Sol. 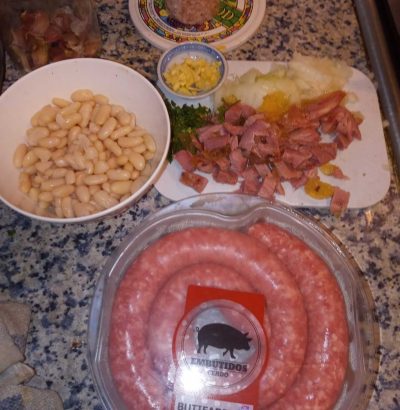 Butifarra; what is it?

Butiffara or Botifarra is a type of sausage and one of the most important dishes in Catalan cuisine. Botifarra is based on ancient recipes, either the Roman sausage botulu or the lucanica, made of raw pork and spices, with variants today in Italy and in the Portuguese and Brazilian linguiça. Wikipedia

That’s one way to describe it: another is simply ‘homemade sausage’. Butifarra comes in all shapes and sizes, all flavours, and is presented with anything you like. Usually, in the Andalucia region, you will find it simply served with Garbanzos (Chickpeas) or Lentejas (Lentils) or some other type of pulses.

The more adventurous will jazz it up, but, for now, I’ll show you how I make this delicious Spanish dish after seeing it in Nerja.

Unless you have a food processor with a sausage-making fitting, go out and buy your sausage. Mercadonna (Spanish Supermarket, a bit like ASDA) do a fantastic version, a lot like Cumberland sausage. The recipe is simple and quick.

In a pan add a little olive oil (or other another type of oil. Add the butiffara. Cook on high for 3 or 4 minutes and then turn the meat over. You are looking to get some colour for on the meat. Once browned to your liking, transfer to a plate and cover.

Add diced onions ( I like two) and 3-4 cloves of minced garlic, along with finely diced carrots and a stick of celery finely chopped. Saute until the carrots go translucent.

Add the sausage to the pan and reduce the heat to medium.

Add sufficient stock ( Mercadona and other stores have ‘Caldo’ which is pre-made stock) to cover the sausage and turn the heat to a simmer. Cover for 30 minutes.

You are looking to reduce the stock by half.

Add a bottle of Garbanzos (chickpeas) or lentils. Add some fresh or dried parsley. Mix and replace the lid. Cook for ten minutes. If you want thicker a sauce, mix a teaspoon of cornflower with some cold water and stirr the entire pan.

Serve with some fresh sliced bread for a simple, hearty meal for 4 people.

There are many variations on this theme. Whats your favourite? You will find this dish all over Andalucia. If you don’t see it on the menu; ask for it,

Make sure to keep updated with the latest villas and apartments from Nerja Beach Holidays. Autumn and Wintersun holidays are a great time to be on the Costa del Sol. 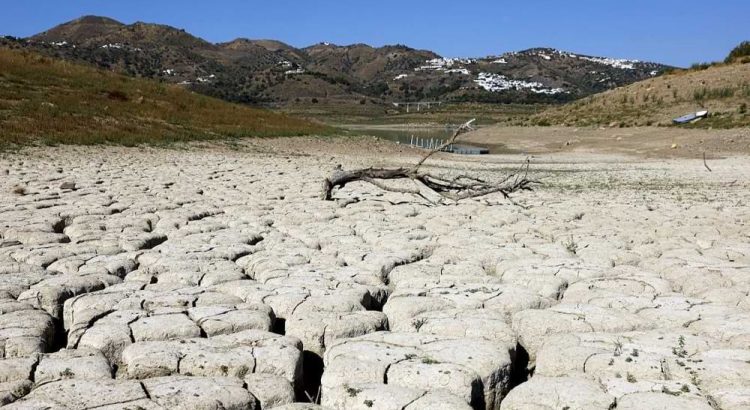 Drought in 2022 is causing problems for everyone

Long dry summer and so far the drought continues

The summer has been long and hot in Andalucia. Normally, you can expect rain to start falling about the second week in September; usually for somebody’s Fiesta! So far, this September, we have had a few hours of thunderstorms and showers; nothing more!

I live to the north of Nerja, about an hour away. The village of Villanueva del Trabuco is 4KM from my rural house.

Drought is more than a problem for my friends and neighbours as they are mostly farmers, farm workers and businesses associated with food production. No rain means the olives will be small this year.

But when droughts become extreme, the trees “activate mechanisms to protect themselves. They don’t die but no longer produce anything,” Article of interest link

Even when it does rain, it has to be the right type of rain; does this sound silly? I will explain: If the rain comes down in torrents, it washes soil away and runs off into the low areas. It does not sink into the hard ground. This causes flooding in some areas and erosion in others. A slow, long spell of rain is better as it sinks into the earth slowly.

If it doesn’t rain in September or October, this plays havoc with the olive harvesting. You cannot pick olives in the rain or when the ground is waterlogged. It is dangerous, extra-hard work as the nets get soaking wet and covered in mud. I have worked on the olives for my nieghbourneighbour; believe me, it is hard work, even under perfect conditions.

There is an excellent article in the Sur in English. The Andalucia regional government are asking the EU for financial support due to the effects of the drought. Check out this article.

On the second day of his two-day visit to Brussels, the president of the Junta de Andalucía, Juanma Moreno, said on Tuesday that the present drought in the region is a serious threat to the economy and major investment is needed to provide adequate infrastructure.

He explained that works costing one billion euros are already underway and another four billion euros of investment will be needed, so he called for specific plans to be drawn up by the government in Madrid to finance these projects in southern Spain and for the EU’s Next Generation funds to be reprogrammed to cover not only environmental and energy efficiency projects but also to solve the water problem. See more

So far, my weather forecasting app has warned of rain several times this week but, none came. There was some thunder and a rather pathetic rainbow.

Dry weather is wonderful for tourists but, everybody needs water. 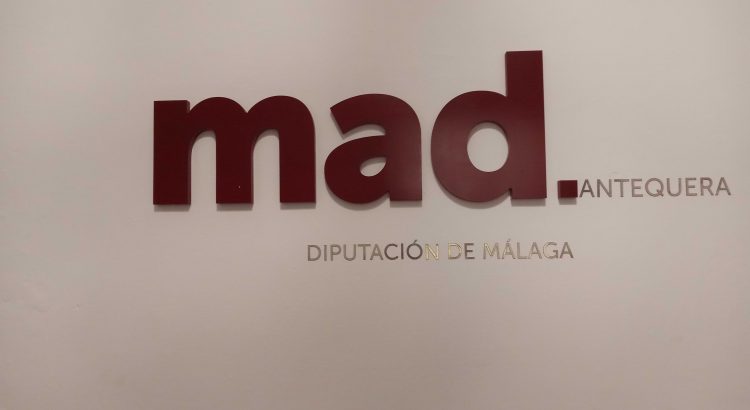 Using Nerja as a base, discover the joys of Antequera and all it has to offer

Check out this great website for all the information on Antequera – See more.

I love Antequera. Imagine, if you have ever been to Granada, the city of Antequera is a smaller version. There is so much to see and do, a single day is not enough, and a week is a better option. However: if you are using Nerja and Nerja Beach Holidays as a base, take a day trip. There are often free exhibitions in the many museums, galleries and other great public buildings.

I went last week to see the CUBA 1897 exhibition and the art gallery containing works by local artists, both free of charge. Here is a link to the MAD website.

This exhibition runs from the 23rd of September to the 27th of November 2022. There are large photographs showing the Cuban artillery pieces, the soldiers and officers as well as uniforms, insignia and other related artefacts.

In 1894 Spain cancelled a trade pact between Cuba and the United States. The imposition of more taxes and trade restrictions prodded the economically distressed Cubans in 1895 to launch the Cuban War of Independence, a resumption of the earlier struggle. Cuba’s war of independence.

Another pleasant place to visit is a small park dedicated to the most famous dogs from different countries; these include the likes of Lassie as well as a local here dog named ‘Ajax‘. This brave dog saved the lives of Guardia Civil officers and civilians. Park Glorieta Rojas Perez

Check out this website, if you are thinking of making the trip. There are so many places to see, great food and excellent shopping.