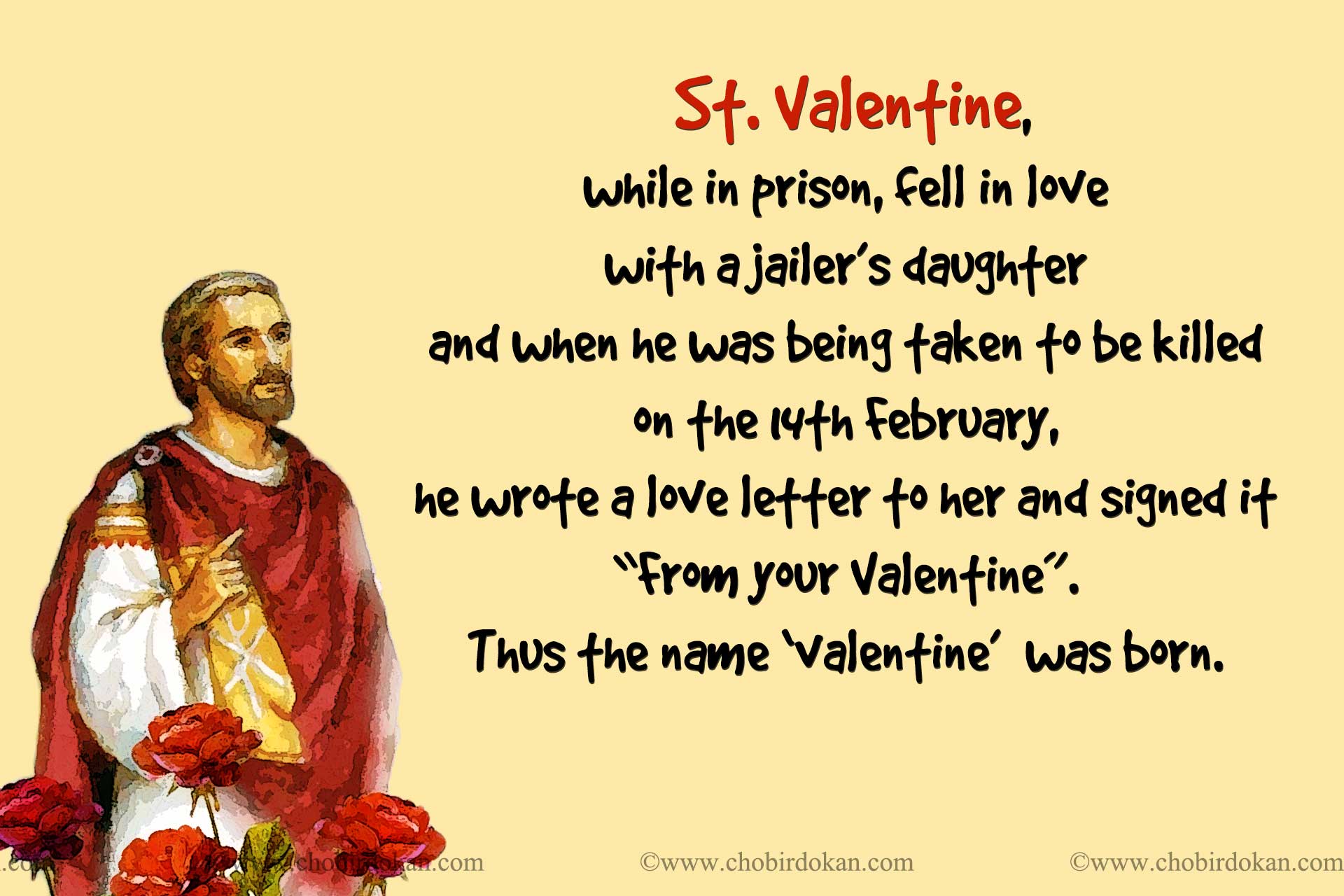 Who was Saint Valentine?

Saint Valentine was a widely recognized 3rd-century Roman saint, commemorated in Christianity on February 14. From the High Middle Ages, his Saints’ Day is associated with a tradition of courtly love. There are two different Saints’ Lives for a St Valentine on February 14, but they are probably the same man. It is said that the Emporer Claudius II had a man called Valentine arrested in 270 AD.

Known to all as Claudius the Cruel, the Emporer had to maintain a large army. However, the Romans of the day were reluctant to join the Legions of Rome and Claudius and his advisors thought the reason for this lack of interest lay in the reluctance of men to leave their wives and sweethearts behind and go fighting abroad.

So, to solve this problem, Claudius decreed that all marriages and engagements in Rome were to be banned. However, Valentine, a holy priest, decided he would defy the decree and carried on performing marriage services. As you might imagine, Claudius the Cruel was not impressed. The prefect of Rome ordered the arrest and imprisonment of Valentine and that he be put to death by clubbing and then beheading.

Whilst imprisoned, the legend has it that Valentine fell in love with the warder’s daughter and, before he was put to death, he wrote her a farewell love letter which he signed ‘Frome your Valentine’. And so, a legend was born and lovers have celebrated February 14th and the holy priest Valentine who was made a saint by the Roman Catholic Church. See more

Book your Nerja Villa or Apartment for Saint Valentine’s Day

There are so many great places in Nerja to enjoy a romantic meal of Saint Valentine’s day. You could have a great time on Burriana Beach in one of the Chiringuitos or anywhere in the town.

Nerja has a host of fantastic restaurants and eateries that will be offering special St. Valentine’s Day meals. But, you have to be here to take full advantage, so, NOW is the time to book yourself a villa or apartment in Nerja. Don’t leave it too late.

Check out the main Nerja Beach Holidays website for some of the very best Nerja apartments, villas and townhouses. If you need help or advice, please contact us directly and we will be delighted to help.

This entry was posted in Nerja Villas. Bookmark the permalink.
Do NOT follow this link or you will be banned from the site!