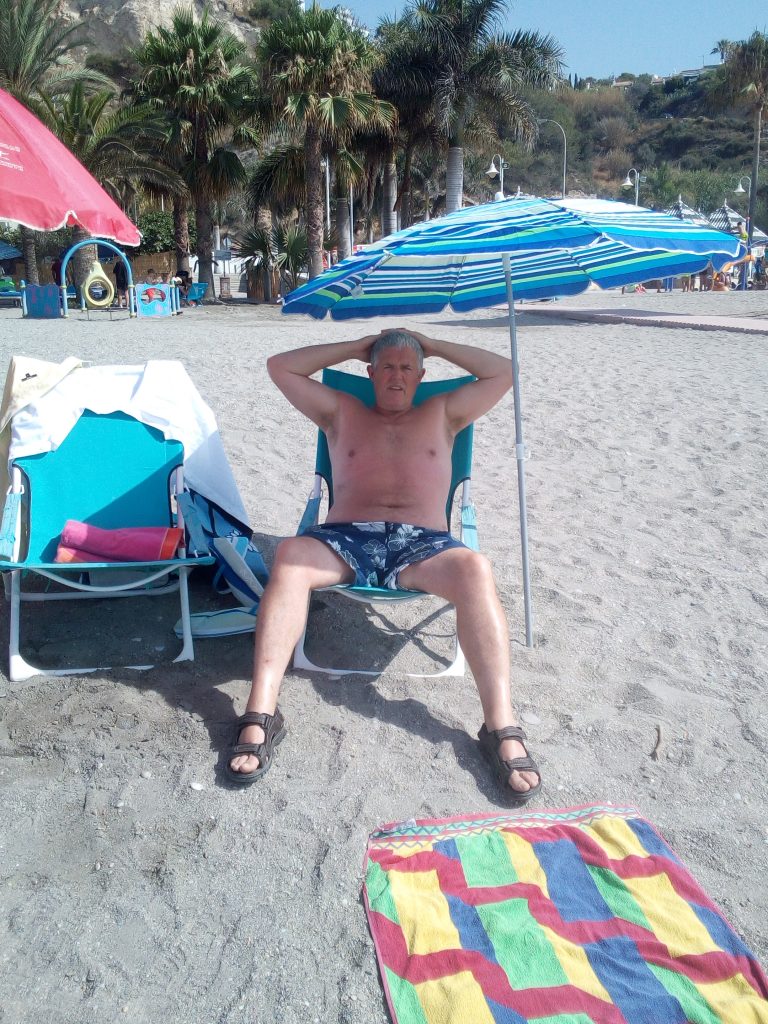 What are the best things to do in Nerja? It all rather depends on how many times you have visited this fantastic coastal town.

Burriana Beach. It is a fantastic day out for the family or just the two of us. Burriana Beach has it all; sun, sea, sand and plenty of great places to eat and great shops as well. Nerja has many beaches, all of which are lovely in their own particular way.

Nerja also has a magnificent church of El Salvador, just off the Balcon de Europa. El Salvador church is beautiful inside and out and I would strongly suggest you have your camera handy, the statues, paintings and other ornaments are beautiful.

The Balcon de Europa (Balcony of Europe) is another favourite Nerja stop-off for us. I do enjoy sitting outside the hotel restaurants, ice cream and a drink and watching people walking up and down this outcrop of rock, enjoying just being there.

Best things to do Nerja according to…

TripAdvisor.com. We think everyone has read at least one review o the TripAdvisor website.

As far as we are aware, most people won’t book a vacation until they have read up on the reviews that are posted on TripAdvisor. It is a great source of information, both good and bad.

There is a posting on this site for ‘Best things to do in Nerja’ The page lists things to do or see in and around the town of Nerja and along the Costa del Sol.

Some are standard selections; Balcon de Europa, Nerja Caves, Church of El Salvador and so on. Others such as Nerja Diving gets rave reviews as does X-Bike Nerja. Check out the TripAdvisor website for more ideas.

Our advice to anyone coming to stay in Nerja with Nerja Beach Holidays is this; do your homework and research Nerja before you arrive.

Having a self-catering villa, townhouse or apartment in the town allows you the freedom of movement that you don’t get with hotels or resorts. There is no itinerary to tie you down to mealtimes and so on.

Explore Nerja and the many great towns, villages and tourist attractions further afield. Some places leap to mind in an instance, such as the Alhambra Palace and Ski slopes of Granada ad the Sierra Nevada Mountains.

Malaga City, Torremolinos, Fuengirola, Marbella and other great places are along the coast. Historically famous towns and cities such as Antequera, Ronda and Cordoba are within comfortable driving distance.

There are Water Parks, zoos, Galleries, golf courses and much more besides. For many people the favourites are the Alhambra Palace in Granada. Antequera for its great monuments and Ronda for its history and place in modern culture. After all, the place was a backdrop for Hemingway’s novel ‘For whom the bell tolls.

For Whom the Bell Tolls is a novel by Ernest Hemingway published in 1940. It tells the story of Robert Jordan, a young American in the International Brigades attached to a republican guerrilla unit during the Spanish Civil War.

The famous actor and writer, Orson Welles was another who fell in love with Ronda. And, like Hemingway, he is honoured with a plaque and a street named after him. The ashes of Orson Wells are buried beneath a Linden tree in Ronda on a bullfighting ranch owned by his close friend, Antonio Dornez.

If you are hiring a vehicle, you are in for a great holiday in Andalucia. There is so much to see and do. Two weeks was never enough time. Then again, there are people who like to just chill out.

In which case, a villa, townhouse or apartment from Nerja Beach Holidays will fit the bill to perfection.
I would be interested to hear what you enjoyed most about Nerja, the Costa del Sol or Andalucia, on your visit.